Established in 1982 at LaGuardia Community College/ CUNY with a mission to collect, preserve, and make available primary materials documenting the social and political history of New York City. We hold nearly 5,000 cubic feet of archival records and 3,200 reels of microfilm with almost 100,000 photographs and 2,000,000 documents available on our website.

Increasing the Minimum Wage: Past and Present 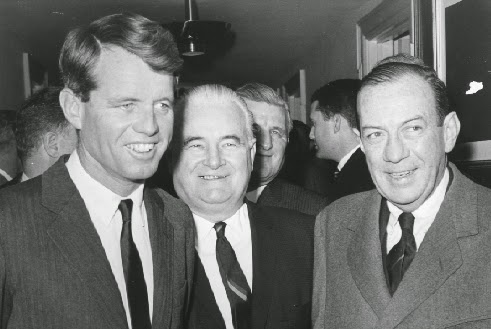 
Demands to raise state and local minimum wages above the federal level are not new.  In the 1960s, Mayor Robert F. Wagner prioritized increasing the minimum wage from $1.25 to $1.50.  Stymied at the state level by Governor Nelson Rockefeller and the Republican dominated Legislature, Wagner signed a law to increase the City’s minimum wage He declared in a 1964 signing speech that “[T]his nation as well as this city is presently engaged in a war to eradicate poverty.  I am of the firm conviction that this law will in a large measure contribute to the diminution of poverty in this city . . . I feel it to be my duty as mayor of all of the people of the City of New York to sign this local law, and I do so willingly.”   Unfortunately, the NY Court of Appeals found that New York City did not have the power to set its own minimum wage, granting that power only to New York State.
Mayor Bill de Blasio, like Wagner 50 years earlier, cannot raise the city’s minimum wage without the approval of the Legislature and Governor Cuomo.  This is now a possibility since Governor Cuomo agreed to increase the minimum wage in return for the endorsement of the Working Families Party.  If Cuomo follows through on this agreement, New York State will increase its minimum wage from $8 an hour (75 cents over the federal minimum) to $10.10 an hour indexed to inflation, and New York City and other localities will be able to raise their minimum wages 30% over the state minimum. The issue of leadership has also not changed in the 50 years since Wagner chastised leaders in Albany. “New York used to set the pace for the rest of the nation and the federal government as well.  Today our state, at best, is a reluctant follower.”  Let us hope in 2014 that New York will stop following and take the lead on increasing the minimum wage.
Posted by Steven AL at 8:57 AM